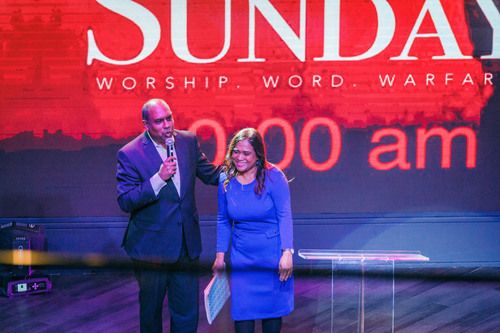 Joseph Persaud has been married over 25 years with 3 boys and has been in ministry over 36 years. The boys are all involved in the ministry in some form. Started Liberty Church with his dad and is co-pastor with his Dad who is The Senior overseer of Liberty.

He has a Theological Certification, a Bachelors degree and two Masters degrees. One of His Masters is from Ivy League Columbia University. His other masters in International Affairs has served him well in the various countries he has done poverty and development work. This includes microfinance in Haiti Nigeria and India. Most recently helped to rebuild a hospital in Haiti, bought cows in India for families so they can provide for themselves. Presently providing water wells to various villages in India to provide drinking water.

Pastor Joe has spoken in various conferences and churches and have been to over 22 countries and juggles a busy life running Liberty Church, traveling internationally and locally and being a father and husband which an executive at a NYC corporation. 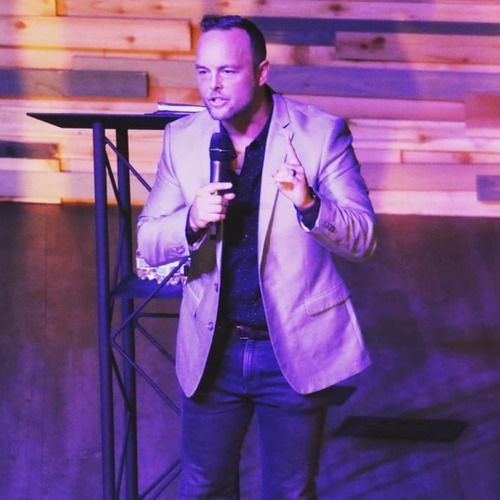 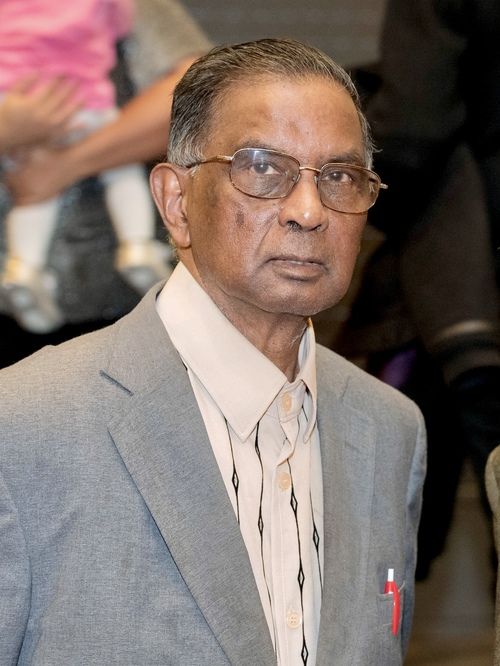 Early in his youthful life, Pastor Persaud, has felt the calling of God upon his life and with such passion he went into preaching and pastoring even before he got married in 1964. He never knew the places and the positions the Lord would lead him, but he decided to be a Christian young man and be a faithful servant, serving the Lord and the Church of his association. He served in various positions as pastor, teacher, evangelist, and district moderator and leader in Guyana and New York.
In June 1985, he along with his son Pastor Joseph Persaud, started this Liberty Fellowship in Jamaica, Queens, New York in a Store –Front building which was owned by the church. Because of the church growth the church had to find a larger building for worship.

Rev Persaud is a Christian minister of the highest caliber and maintains a moral and decent lifestyle. He is considered an old-fashioned preacher and pastor with a sterling character. He is a strong preacher in the two works of grace. His messages always often cover the saving Grace and the Sanctifying Grace in order for people to have deeper relationship with God and live a holy and pure lifestyle for people to be ready for heaven. He is a Christian gentleman that extends help to the whole man, socially, physically and spiritually. 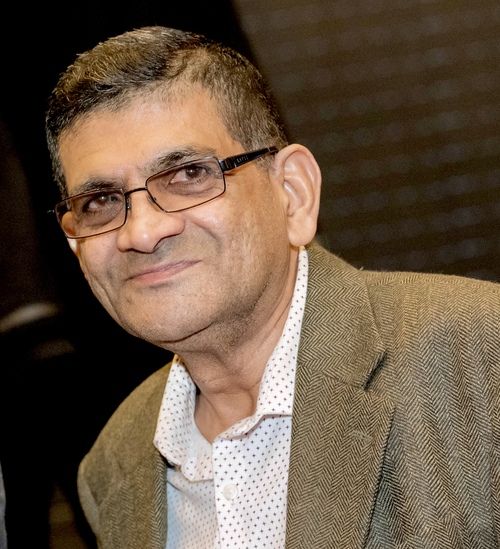 Rev. Singh has served in Guyana as a pastor, evangelist, missionary and a church planter   before immigrated in 1986 to live permanently in New York.
Pastor Mahase is an ordained elder and one of the chartered pastors with Liberty Church from inception.  He is a member of the executive board and one of the church administrators who has oversight for every department of this church. He is also an active member of the pastoral team of this church.

He is married to lovely Diana and he and his wife are full time active members of this Liberty Church. 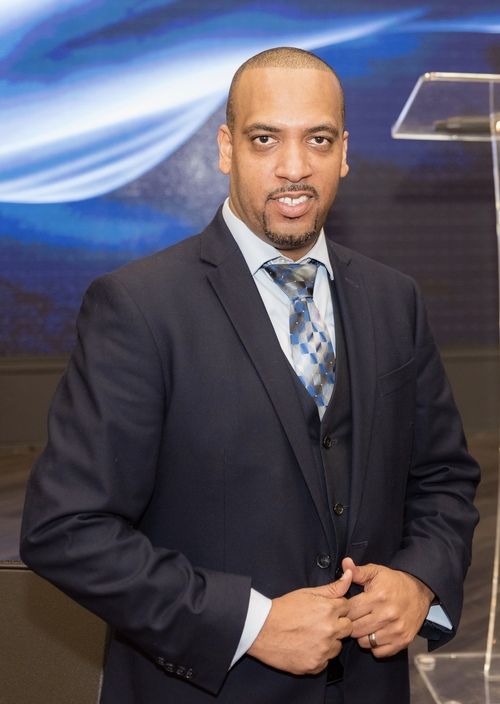 Emrand Henry is a dynamic singer, songwriter, worship leader, prophet and recording artist. He has ministered in the Caribbean, central America, Africa and United States being featured at gospel festivals throughout the Caribbean and central America. He has shared stage with Fred Hammond, Damita Haddon, Dj Nicholas, Jadee ,Lacrae , Sherwin Gardner and many more recognized  artists.
He has released so far three albums produced by musical talents worldwide . He became a household name in his hometown of St.Lucia after winning an international singing competition called cable and wireless star quest in 2004.

A prolific speaker and servant of the lord , He flows under a strong prophetic anointing which is accurate and effective in the body of Christ. Emrand Henry is also still releasing new music and working on albums collaborating with producers worldwide. 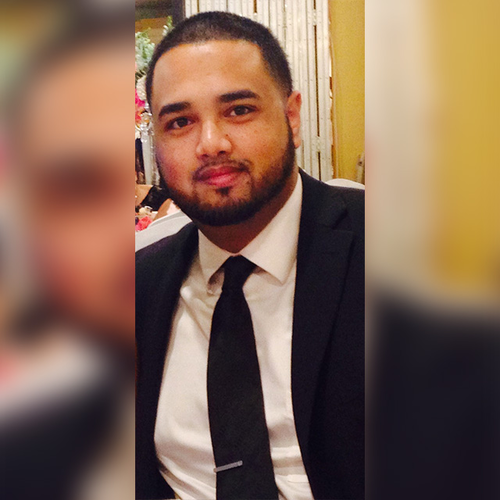 From a young age Suraj Persaud had a passion for his church and community. His vision to expand the kingdom of God started at the age of thirteen when he decided he wanted to work in the Audio/Visual department as a technician for Liberty Church. Working behind the scenes, Suraj dedicated hours of service to perfecting his duty as a Technician.
During his adolescent years, Suraj took up initiatives to work with teams of young people and elders. He worked alongside the youths to build up an impressionable Drama Group and he himself performed in many productions during this time. Eventually, Suraj soon took over as the leader of the Drama group and currently leads a team of young boys and girls, eager to work for God. After gaining a true passion for young people, Suraj now holds the lead position of the LBFCNY youth  group, where he is fervently expanding and inspiring the younger generation  to become ambassadors of Christ. His work with young people is a true reflection of his compassionate, cheerful, and gentle spirit.

Suraj is currently spearheading an all-boys church basketball team where he recruits boys from the neighborhood in Jamaica, Queens to combine their love of sports with the love of Christ. His journey to bring the younger generation to the house of God is far from being over. Suraj is actively working with the elders of the church to push for more youth programs and opportunities. Aside from working with the youths, Suraj has accompanied our pastors on missionary trips to devastated places like Haiti and poorer villages in India. His desire is to expand the kingdom of God in his community and across the globe. 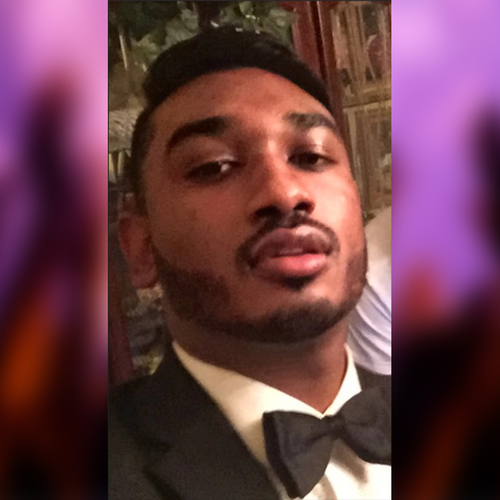 Following an astounding lineage of Godly men, Jonathan Persaud has accepted his duty to continue the work that God started in his family so many years ago. Jonathan saw the need for young men to step up in the church and assume the position God intended for them. He works to inspire and motivate men of all ages to pursue Christ and further their walk with God.
As a coach for the LBFCNY all-boys basketball team, Jonathan makes it his duty to encourage and unite the younger generation. His accomplishments as a young leader have inspired others to dedicate their lives to Christ.  Aside from his work with young men, Jonathan enjoys sharing the gospel with the youths in our weekly Youth Service. Many young men struggling in their walk with God have viewed him as a role model, confidant and most importantly, a friend. His fun-loving approach to children is also extended as he teaches in Sunday-School and helps children gain a better knowledge of the Bible and the gospels.

As the son of a pastor, Jonathan has managed his role as the Administrative Assistant for Liberty church with grace and joy. He brings a refreshing approach to the vision the elders has set out and his amicable spirit welcomes any opportunity to spread the word in underprivileged places. Jonathan has orchestrated and accompanied the elders of the church on several missionary trips to Haiti and India, fearlessly preaching the gospel to individuals desperate for Christ. His desire to preach and teach is combined with his persistent efforts of creating relationships across the globe.

Reaching out to pastors far and wide, Jonathan has coordinated pastoral conferences, worship concerts, youth events and community activities all in efforts to come together and celebrate the true and living God.  As a young man himself, Jonathan is a pioneer and leader, inspiring others to seek an active life with God and continuing the work of the great men that precedes him.